On the 1939 England and Wales Register, Charles was Head Teacher at Yoxford School. He lived at The Red House in the Old High Road.

The 1939 Register was taken on 29th September. The information was used to produce identity cards and, once rationing was introduced in January 1940, to issue ration books. Information was also used to administer conscription and the direction of labour, and to monitor and control the movement of the population caused by military mobilisation and mass evacuation. As the 1931 census for England and Wales was destroyed by fire during the Second World War and no census was taken in 1941, the Register provides the most complete survey of the population of England and Wales between 1921 and 1951.

Charles was the son of Frederick George, born at Cotton, in mid-Suffolk and Edith Eliza Hacon, born in Wickham Market.  Charles himself was born in Chelmsford, Essex in 1889. In 1901 the family were living in Great Clacton, Essex, at St Leonards in Crossfield Road. Frederick was employed as a joiner and carpenter and Charles was at school, aged 12. He had a younger sister, Nellie and two younger brothers, Rupert and Harold, all born in Chelmsford. By 1911 the family had moved to Ipswich, to the six-roomed 107 Rosehill Road. Charles was now a school teacher, Nellie a children’s nurse and Rupert a messenger clerk at the Labour Exchange. Harold was 16 and still at school.

Charles married Muriel Reynolds Moss in 1930; the marriage was recorded in Ipswich district. In 1937 they had a son, Cedric.

During the First World War Charles served in the Machine Gun Corps and achieved the rank of 2nd Lieutenant. On 24th September 1918 this piece appeared in the supplement to the London Gazette when he was awarded the Military Cross:

For conspicuous gallantry and devotion to duty in command of four machine guns. He displayed considerable initiative and gave most valuable support to the infantry during successive withdrawals, at all times remaining in action with the last gun, in spite of very heavy artillery and machine-gun fire and immediate danger of being cut off by the enemy. Throughout the operations he set a very fine example to his men under most trying conditions.

Charles died 20th July 1959 at Ipswich and East Suffolk Hospital, aged 70; the death was recorded in Ipswich district. He was still living at Red House in Yoxford. He left effects of £1636 4s 1d to Muriel. 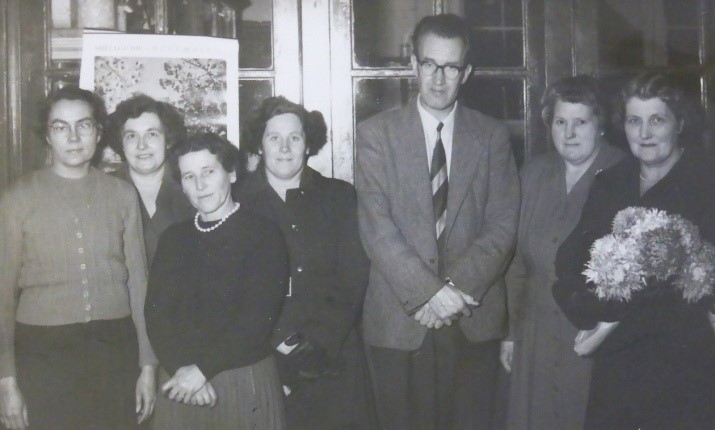 Charles with other teachers at the school, date unknown 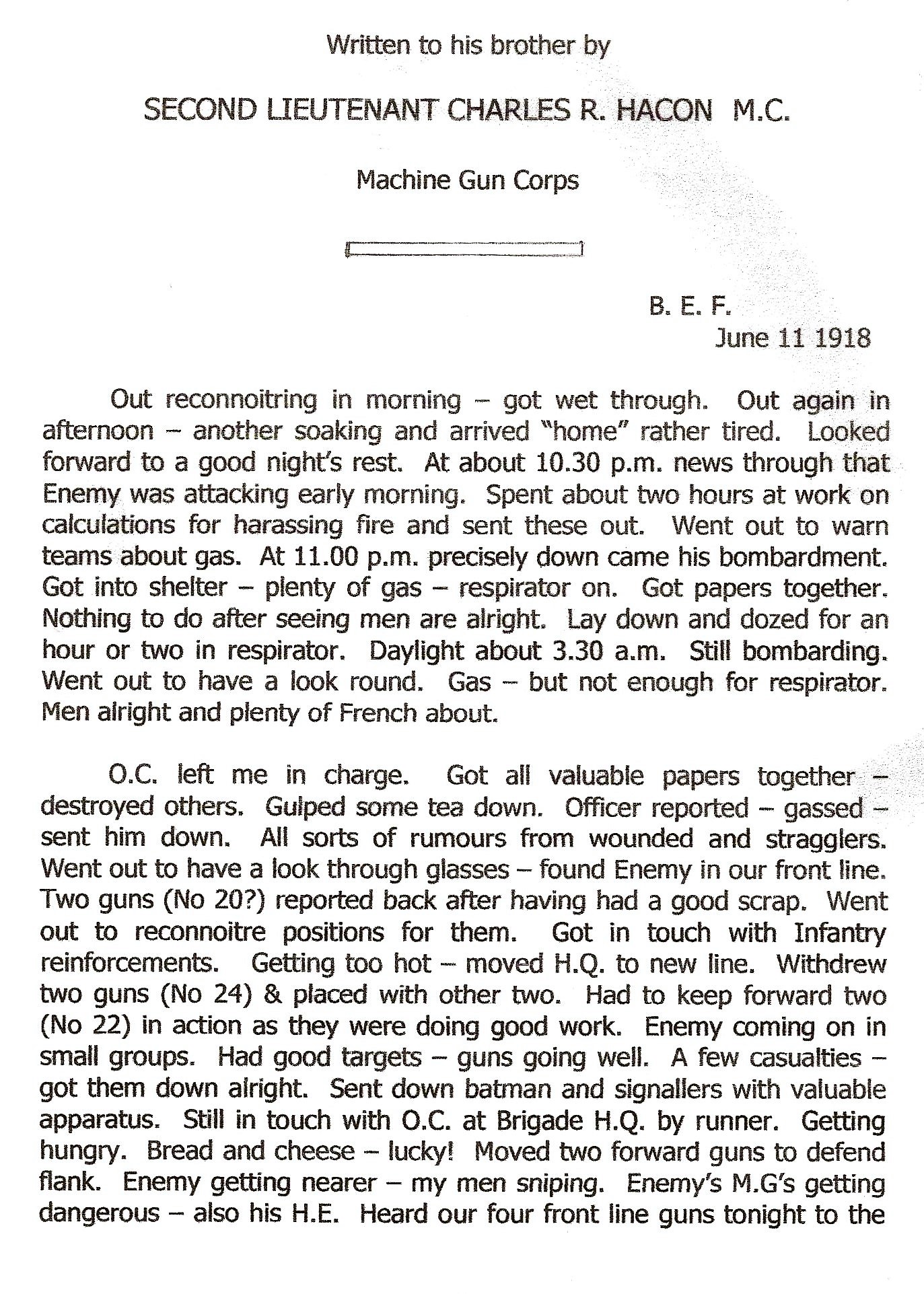 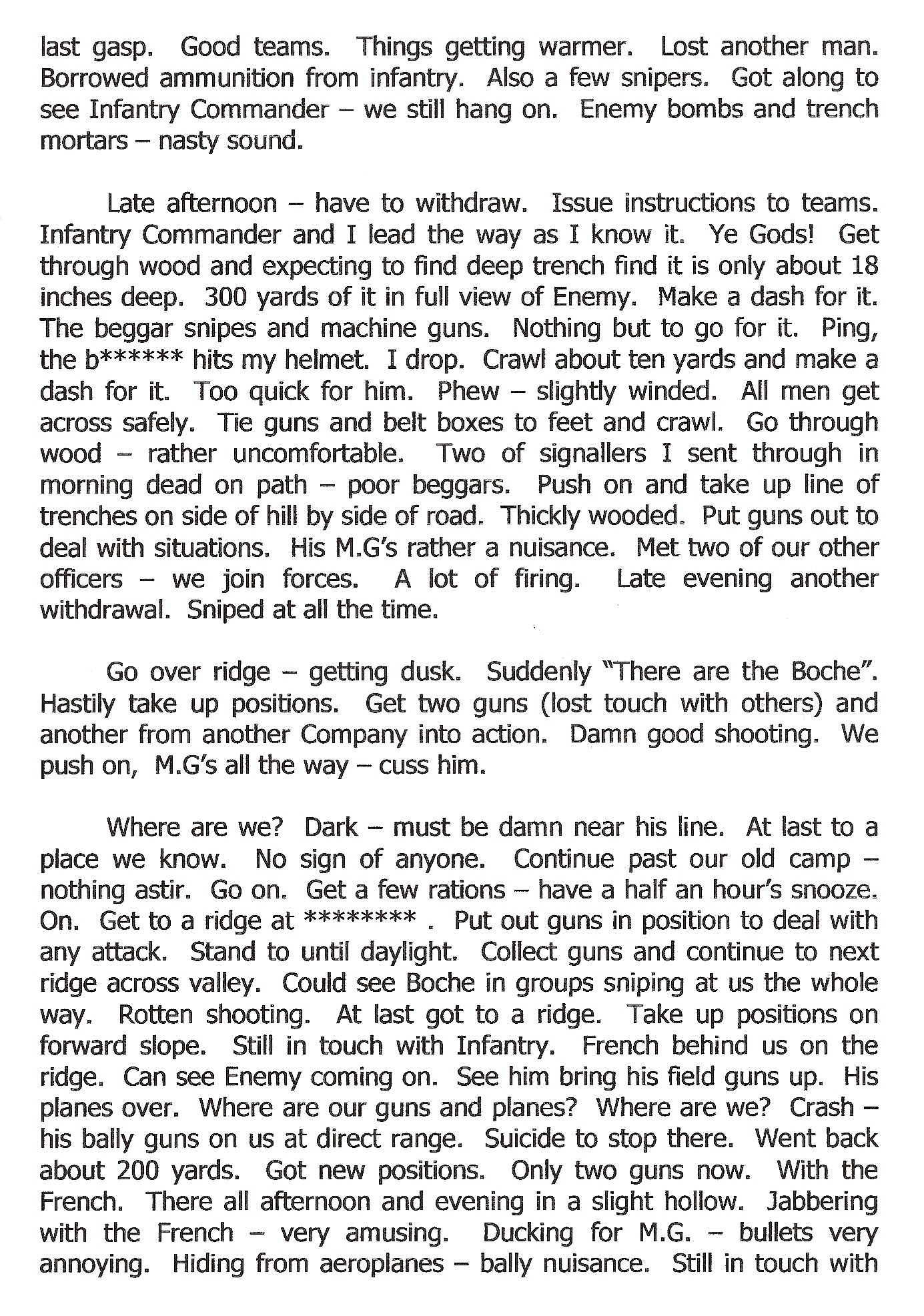 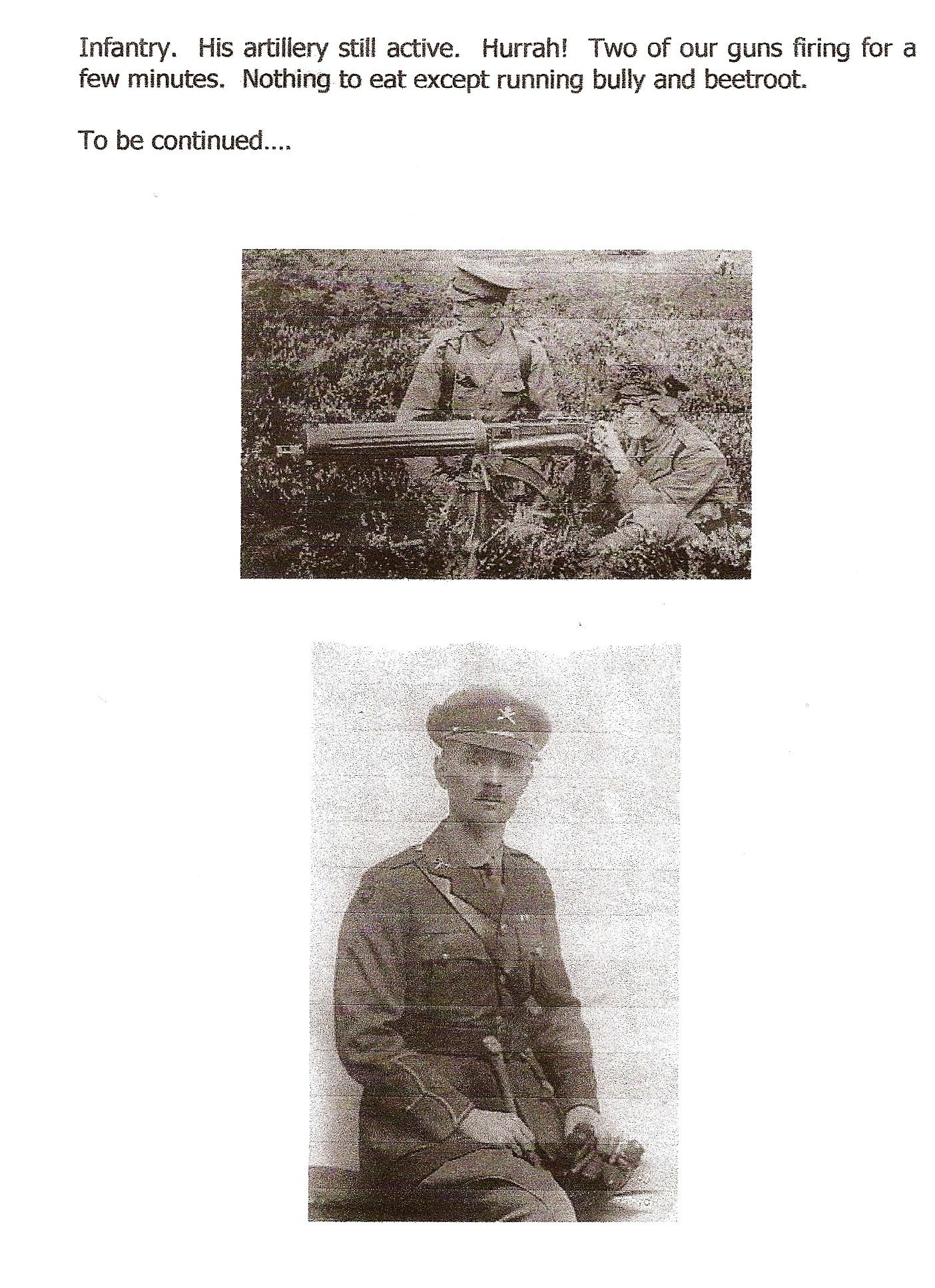 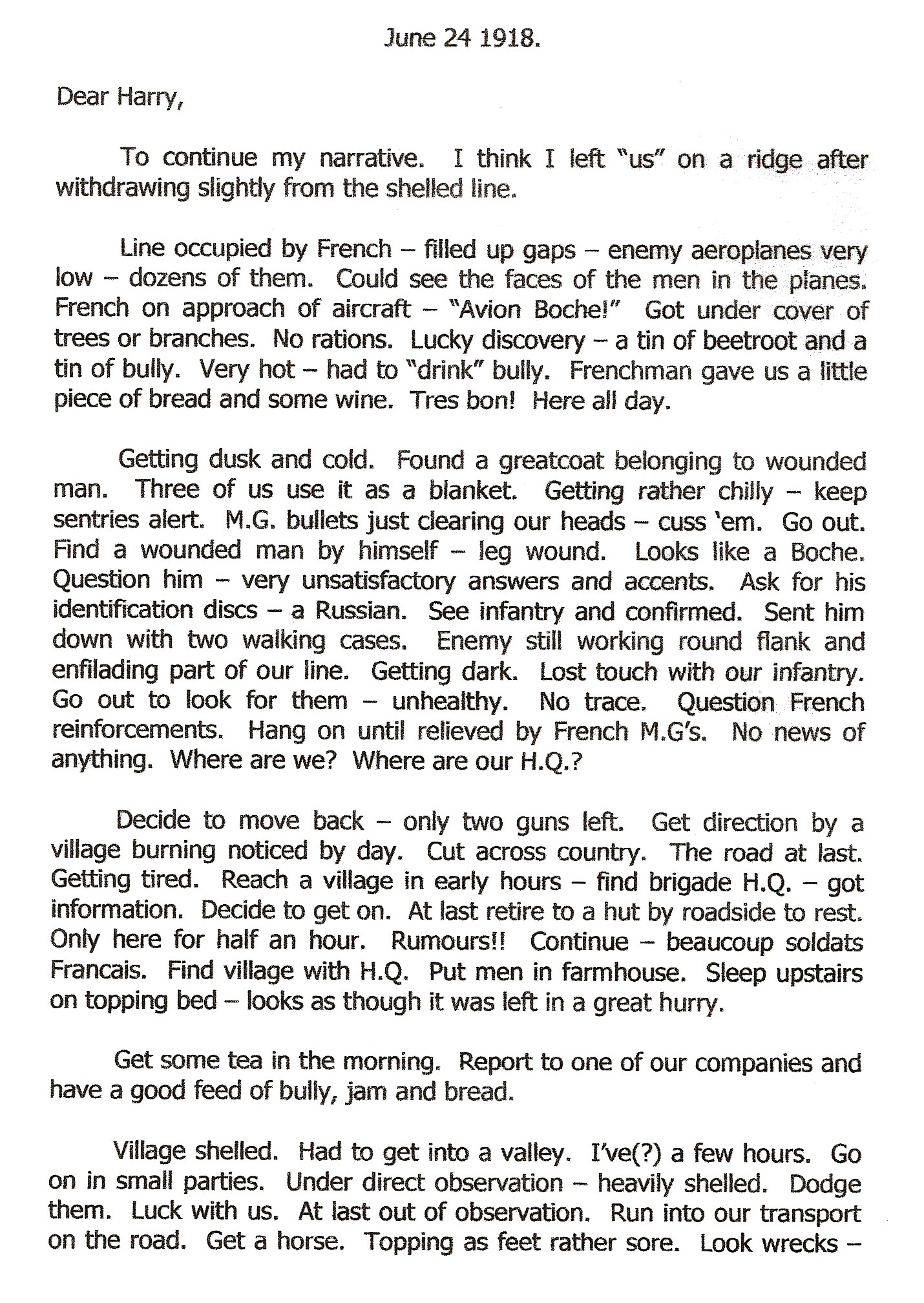 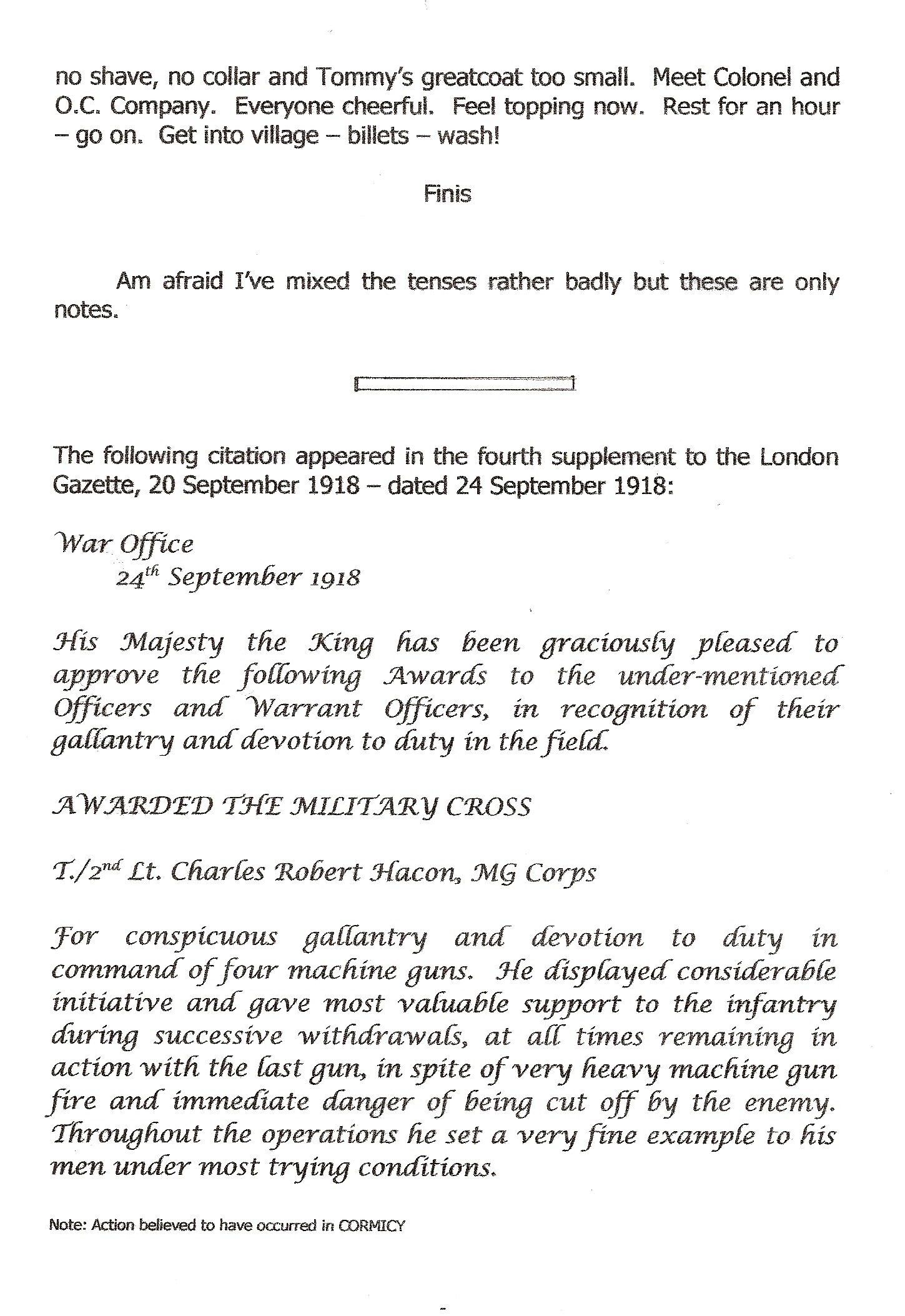